Led through the streets by its scientist minder, the Myth Buster is a strange and otherworldly machine. ⁠

With large blinking eyes and an insatiable hunger to eat up climate change myths, the Myth Buster will be sure to spark conversations and delight anyone who crosses its path.⁠ 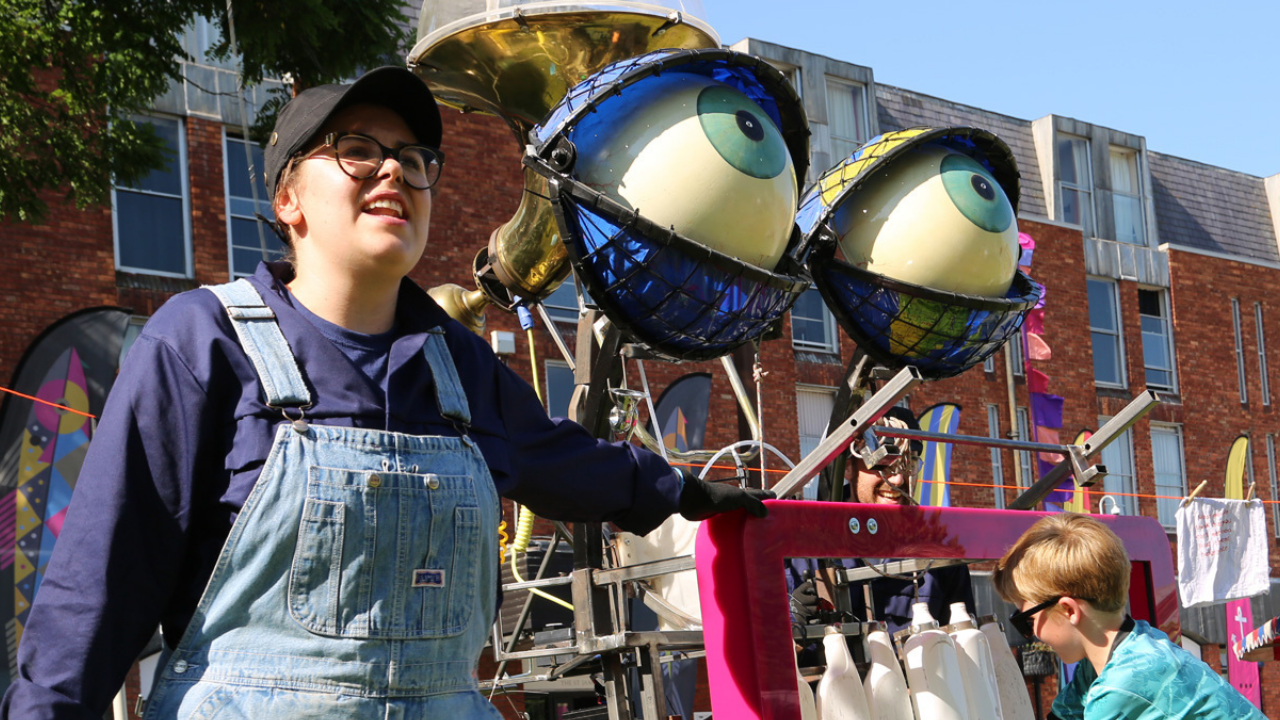 The Myth Buster is an exciting touring street theatre production, created by Walk the Plank, that will be touring across Manchester in the following spots. Make sure you stop by to experience it in the following locations:

Hulme and Moss Side

The Myth Buster is an exciting touring street theatre production created by Walk the Plank and Dan Potra, developed and built by Bryan Tweddle, commissioned by C-Change with support from Arts Council England and Manchester City Council. 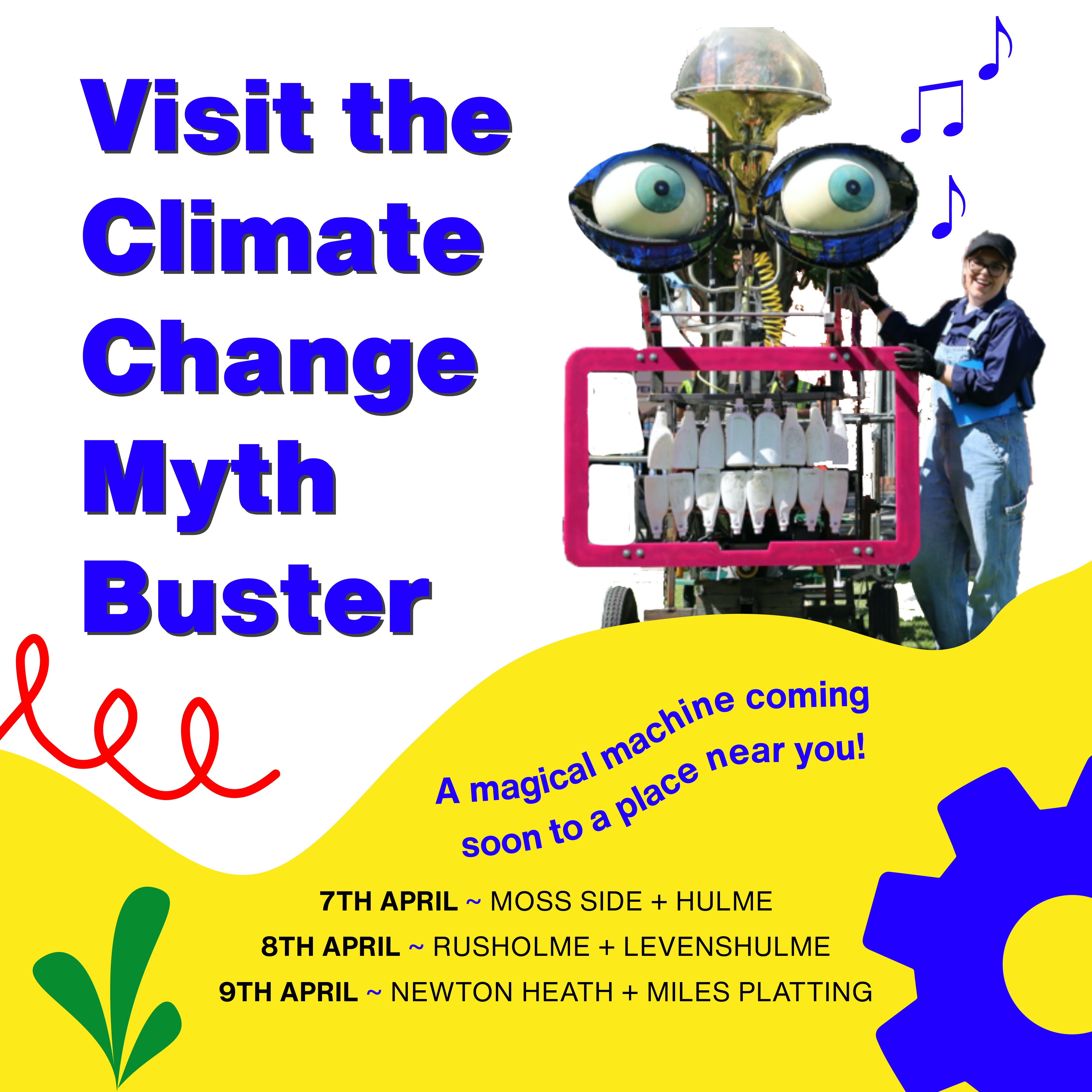