On the lookout for a new, relaxing green space in Manchester that helps tackle the effects of climate change? You’re in luck! 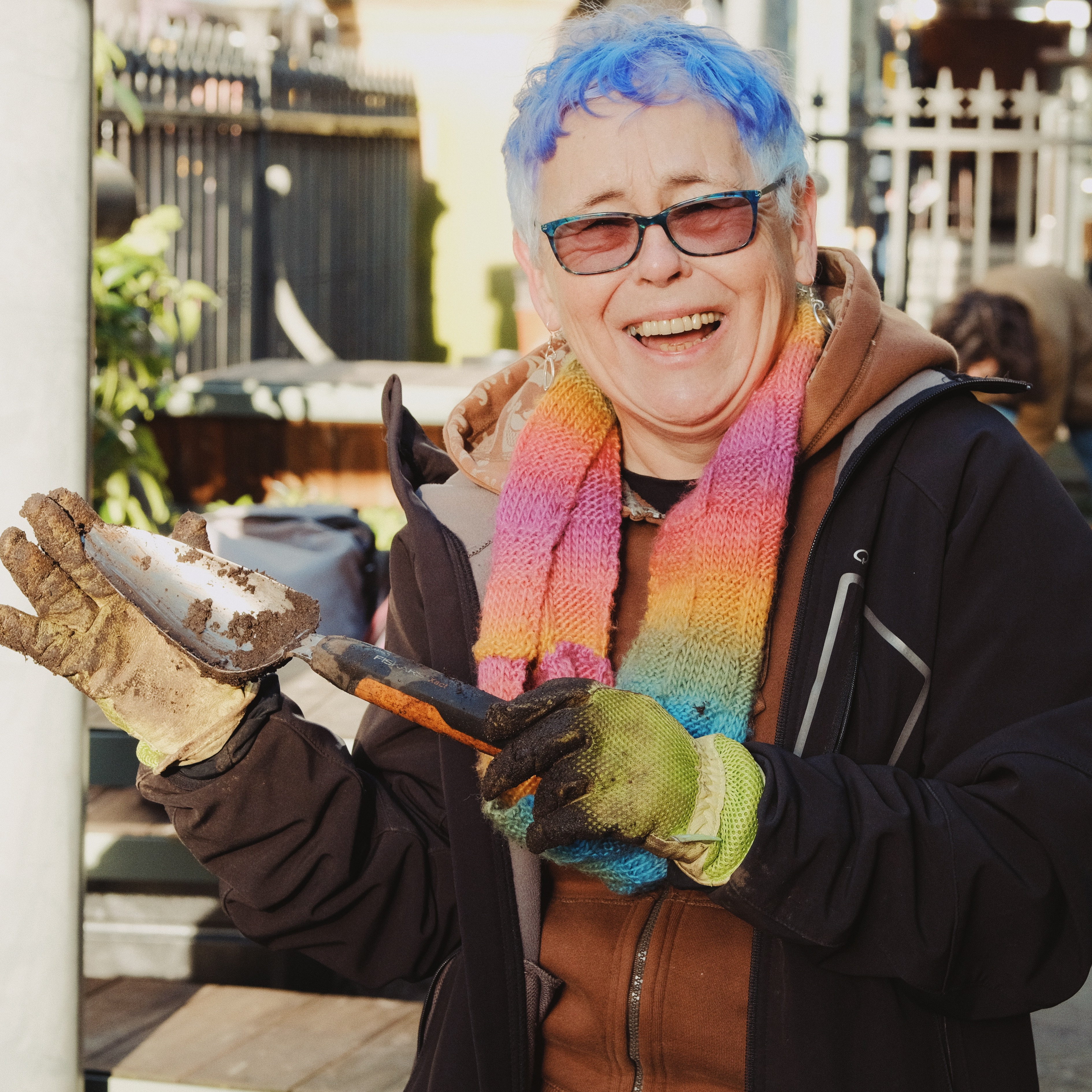 In partnership with Pride in Ageing at LGBT Foundation, Manchester Art Gallery have launched a brand new pocket park as part of their Derek Jarman ‘Protest’ exhibition. The space is located within the grounds of the Manchester Art Gallery on Mosley Street and was designed and planted by members of the LGBT Community from across greater Manchester.

This week we met with the green-fingered group of volunteers who have been working together to get the park ready for it’s launch on the 11th February. The team have worked alongside the gallery curator, the artist Juliet Davis-Drufayard, landscape architects from Exterior Architecture and the community team at RHS Bridgewater to develop a design and planting scheme for the new urban garden space.

The park has been launched to celebrate gay rights activist Derek Jarman, his own garden in Dungeness and tell a story about some of our local LGBT+ communities. Not only is it a beautiful space to relax and reflect, it also contains a number of innovative urban solutions to combat the effects of climate change in the City!

With help from IGNITION and The Royal Horticultural Society, the garden will encourage biodiversity, use sustainable planters and other elements to conserve water and provide ideas to encourage green initiatives at home.

We caught up with Lawrie Roberts, the Pride in Ageing manager at LGBT foundation, about the park and the journey of how it was created. 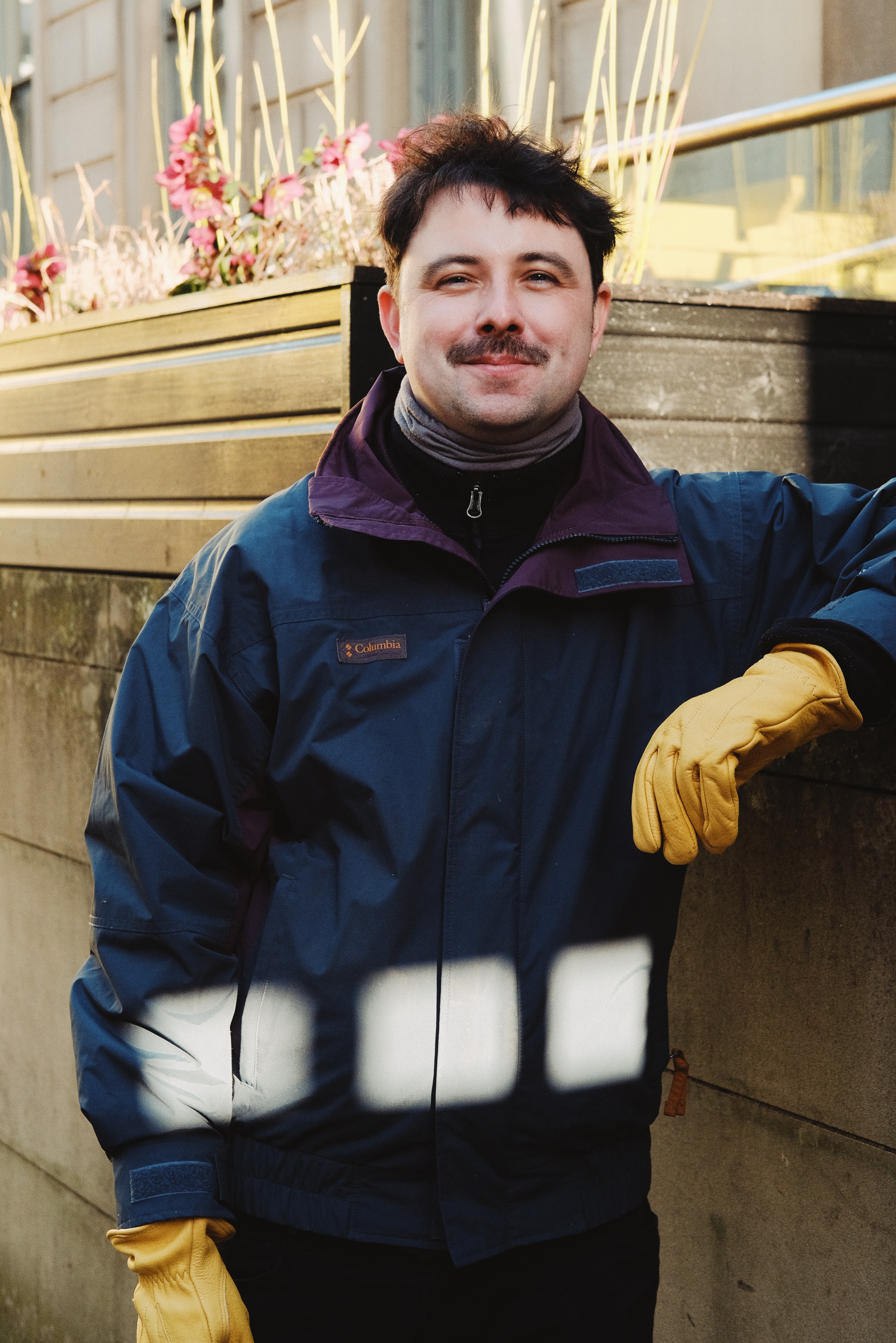 We were really excited to produce this garden as part of the Derek Jarman protest exhibition. The idea was to recognise and celebrate Derek Jarman’s own garden in Dungeness and to produce a Manchester version of that garden that really speaks to the influence of Derek Jarman in the lives of our LGBT community.

We recognised that Manchester has lots of little pockets of green space in the city centre but we really wanted to transform a space outside Manchester art gallery that currently isn’t very green into something really green and exciting.

We started this project in January 2019 and we wanted the garden space to be ready for the next summer, but the timeline moved because of the pandemic and we ended up having a lot of discussions about the garden and what we wanted it to achieve.

The environment and climate change has definitely become an important theme for the group and volunteers during the last year or so. We really wanted to make this a space that also has some innovation around climate change as well as to tell a story and reference Derek Jarman.

The new Jarman-inspired pocket park will be open from Friday the 11th of February, so why not go take a look and spend some time in Manchester’s newest urban garden the next time you’re in the area! 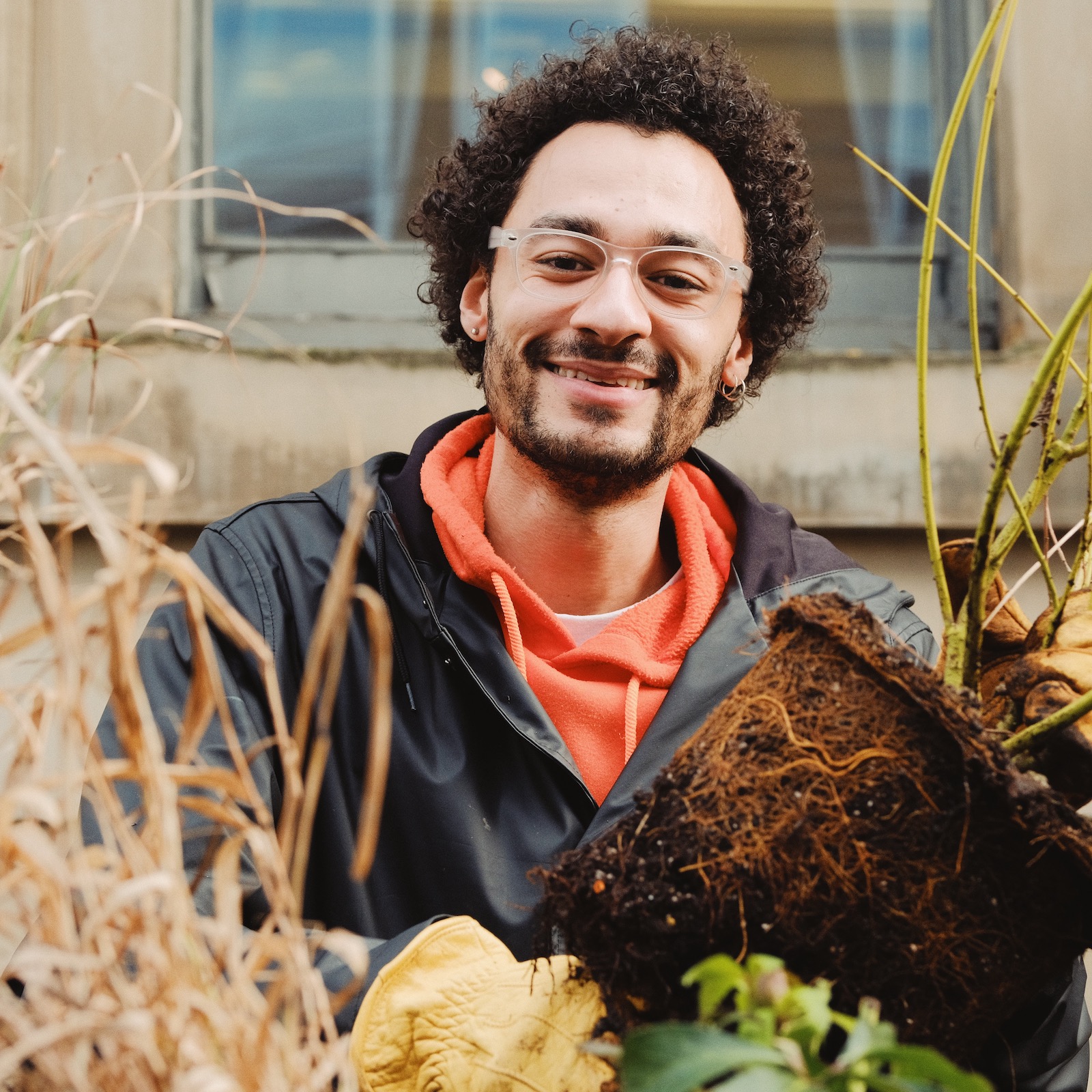 Want to find out more about the pocket park?

Head over to the Manchester Art Gallery’s blog page and check their zine “Let’s get Botanical!” to read more about the story, the people involved and their inspiration behind the park.